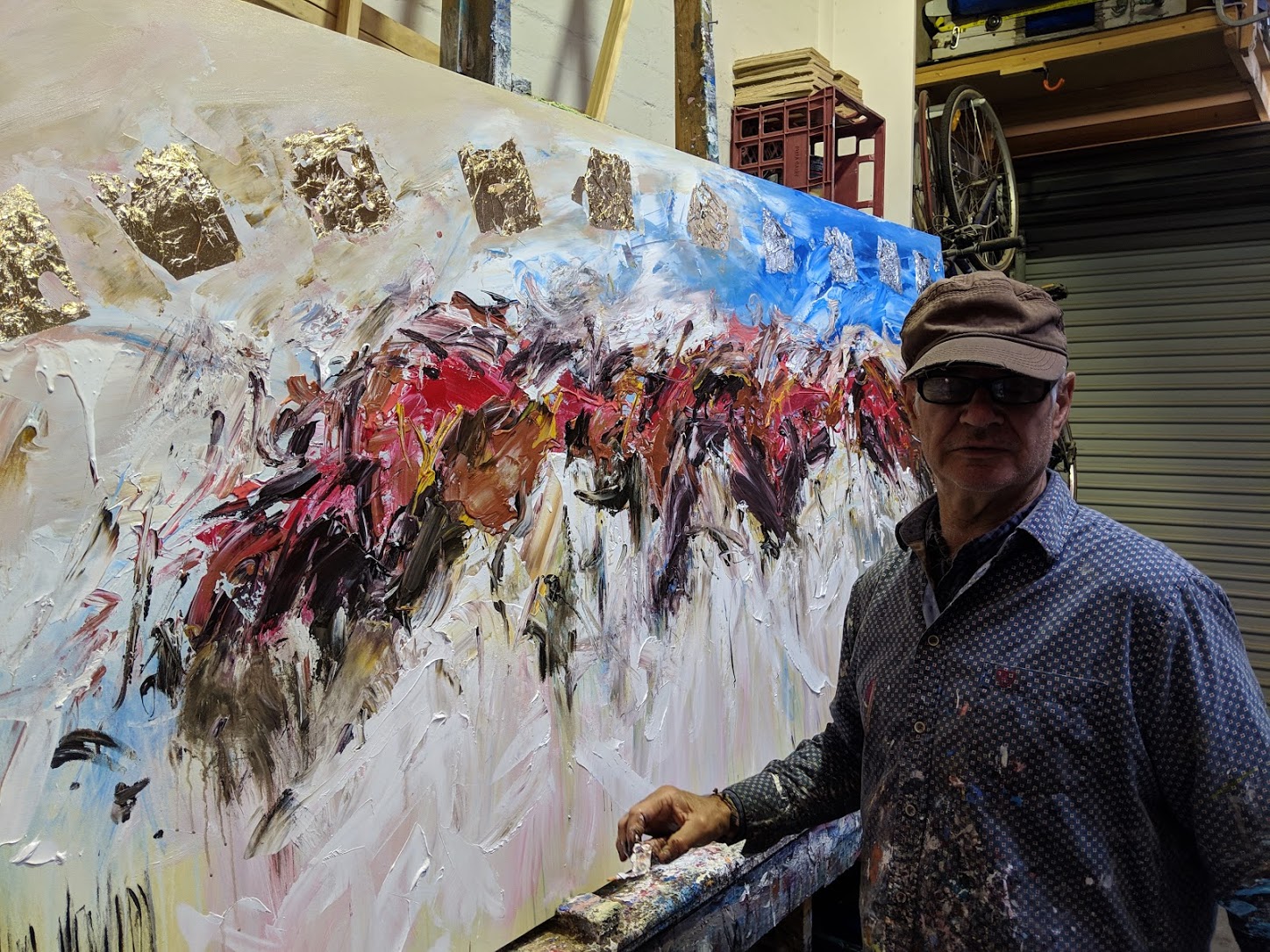 Melbourne based artist Kim Kennedy began his artistic career in 1982 initially in the form of metal sculptures. This culminated with a commission by the Australian Tourism Association and the commissioned sculpture stand 7 metres tall and is on permanent display at the Associations Canberra Office.

After the success of his sculptures Kim began experimenting with painting oil on canvas and discovered his true passion. Painting is now Kim’s primary focus.

In subsequent years Kim has had many solo exhibitions and his work is featured in many private collections throughout the world including Australia, South Africa, USA, West Germany, New Zealand and Canada. Kim has won a variety of notable awards but it is his enthusiasm and absolute love of paintings that inspires most.

Having travelled extensively there is no shortage of inspiration. One only needs to look around to see the colours, ideas and images that are endless. One of Kim’s most memorable experiences was the gala opening of an exhibition in Manhattan’s Madison Avenue. Kim was fortunate to be able to live in The Hamptons for a time, where he was able to simply paint and indulge in his love of painting. Another recent occasion was the Melbourne Committee fundraising evening at the Palladium, Melbourne Casino. Kim was invited to paint and John Cleese was the guest speaker for the evening. Proceedings culminated with an auction of Kim’s painting, the final bid was $10,000 with proceeds going to the Royal Children’s Hospital.

In his practice, Kim has fine tuned his distinct style of painting and is well known for his whimsical animals and dramatic abstract seascapes and landscapes.  Diverse in his subject matter, Kims work pushes the boundaries of movement meeting the canvas and creates striking pieces both bold in colour and feelings.

All art enquiries, including commission works please get in touch.

Call Now
Subscribe to our
newsletter
Thank you! Your submission has been received!
Oops! Something went wrong while submitting the form.
Collections
LandscapesAbstractsAnimalsFlorals
Collections
RaceshorsesFigurativeSeascapesWhimsical
More Info
AboutProjects + PressCommissionsContact
Crafted by